How can you prevent getting defrauded while buying stuff

4 min read 2165 views
Advertisement
How To

How can you prevent getting defrauded while buying stuff

We buy stuff all the time. Some of us do it out of necessity while others really enjoy shopping but did you know that the more we shop, the higher the chances that we get defrauded potentially, so to speak. It’s an unavoidable statistical reality.

However, this is not to say that sellers and retailers are frauds, most of them are people with integrity possessing business ethics, it’s just that bad apples exist everywhere, there is no generalization here.

So how do you prevent yourself from getting defrauded at the hands of such a bad apple! Well there are a number of ways depending on the particular scenario, we’d be discussing two of these here along with their deterrents. What these two scenarios have in common is that the seller takes advantage of the buyer’s willingness to take their words for granted.

So here we go!

The first scenario has to do with the sales tax. If unfortunately, you happen to come across a dishonest seller to buy something, there’s a good chance that the sales tax thing would be exploited.

Consider that you buy a high-end camera that costs you $600 excluding all the tax related stuff but we gotta pay taxes right! As Benjamin Franklin once famously remarked, “Nothing is certain in this world except death and taxes”.

We wish you a long life though but nothing can be said of taxes, except that sellers can exploit them. So consider that the sales tax on the camera is 17% of its total worth. That would cost you the camera for $702 as 17 percent of $600 happens to be $102.

So how does a fraudulent shopkeeper exploits sales tax, well, using the previous example, we suppose that the seller sells you the camera for say, $730 justifying the amount as sales tax added in.

Now this specific tactic is used due to an inherent vulnerability in human behavior, we aren’t really fast at making big calculations so we don’t usually bother to either. So probably though not absolutely, a buyer would take the words of such a fraudulent seller for granted and end up paying $730.

Well the problem would be clear to readers by now, so it’s time to move on to the solution. Tech has advanced a long way, we now carry computing devices in our pockets, so why not bring them to full use, a part of which, is calculating the sales tax of the item you want to buy. Sure it can say 17% sales tax on the price tag with whatever the total price. All you have to do is just take out your smartphone, find a sales tax calculator such as this one and verify whether the amount of a product’s sales tax is really that which the seller claims and that’s it. you can potentially save yourself from a potential fraud.

This exploitation actually is more effective than the sales tax exploitation in that the probability that a buyer takes a potentially fraudulent seller’s words for granted is higher. How you may ask! Well it has to do with the fact that we think that we are already buying a product at a discounted rate so we aren’t that careful or alert as we normally would be while buying something at a regular price.

Other than the effectiveness, the method for hot sale exploitation is virtually the same as the sales tax exploitation. Let’s bring back the camera again in the picture and let’s isolate our scenario from taxes to make things simpler.

Say the camera is on sale for 30% discount with its original price being $600 and the buyer tells you that it’s $460 after the discount. Usually you wouldn’t bother verifying it because you’re already getting it on a discounted rate and that’s where you’re getting defrauded at. The 30% of $600 is $180 and this amount subtracted from $600 is $420 rather than $460, there’s a difference of $40 and that does make a difference.

Now the solution is virtually the same as the sales tax solution as well, all you need is an app that calculates discount rate and you can avoid this exploitation. 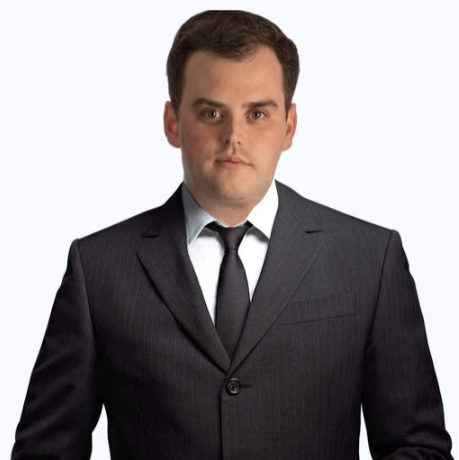 James Johnson
Contributor
I am a researcher and a technical content writer. I research thoroughly on a given topic prior to start writing. I’ve been writing content for different individuals and companies.
Advertisement