Flutter is a Google-created free and open-source portable UI toolkit introduced in May 2017 for developing beautiful, native mobile, browser, and desktop applications from a single codebase. In a nutshell, it allows you to develop a native mobile app using only one codebase. This implies you can make two separate apps using the same programming language and codebase (for iOS and Android).

Flutter Is All Widget-Based

Flutter is a technology that is widget-based. This means that object-oriented programming may be used on any element. One advantage of adopting Flutter is the ease with which widgets may be modified or customized. Furthermore, it has UI widgets that suit important web app development needs.

Since its debut, Flutter has gained a large and active development community. This community is continually publishing useful code samples and assisting developers in the creation of new, unique, and visually appealing cross-platform programs.

What programming language does Flutter use?

The Flutter SDK is based on the Dart programming language, which was developed by Google as well. Its objective is to be used in place of standard JavaScript. Dart apps can run directly on a server, but in the browser, they are converted to JavaScript using the Dart2js transcompiler.

Flutter offers several advantages over its competitors. These advantages are built into the computer language and the suite of development tools, allowing Flutter to solve challenges that other languages cannot.

Flutter makes beautiful apps available to consumers. It reduces the barrier to entry for app developers. Moreover, it decreases the price and complexity of cross-platform app development while enhancing app development speed.

Flutter may be used as a blank canvas for designers to create high-end user experiences. It was named one of Fast Company's top design concepts of the decade for its ability to transfer ideas into codebases without the sacrifices that traditional frameworks impose. It also serves as a useful prototyping tool, including CodePen compatibility for sharing your ideas with others.

Flutter allows engineering managers and organizations to hire flutter app developers in India and organize custom flutter application developers into an effective team, allowing them to create outstanding and intuitive apps for many platforms from a single codebase. Flutter accelerates feature development and ensures that release timelines are consistent across all sets of deliverables.

Why is it that Flutter App Development isn't confined to Android and iOS?

In Flutter, mobile app development firms must devote most of their work to distributing their programs to the appropriate Android and iOS platforms. For a successful Flutter App Development, it is necessary to first determine how to design, sign apps, and create provider profiles. Flutter is expanding its support for corporate apps beyond Android and iOS to include web, macOS, Windows, and Linux.

It allows you to publish an app across platforms with only one code, and it runs effectively. Suppose you want to make use of Flutter's capabilities. In that case, you already have an extensive range of widgets to choose from, all of which are designed to be responsive across displays and platforms while retaining the same code.

Why should you use Flutter for your business?

When businesses used to engage in native app development, the applications had fantastic UX, but the expenses were quite high, making it impossible to maximize ROI. This is why corporations have moved their emphasis to cross-platform app development. However, the app's UX and performance were nothing near those of native apps. This is where Flutter comes in.

Creating a feature-rich app is a time-consuming and labor-intensive process. Flutter is the greatest alternative for businesses trying to get their app into the market as soon as possible. Flutter accelerates the app development process and creates mobile apps that run quicker on numerous platforms.

2. It is a cost-effective solution.

Flutter allows you to save money on development costs to a larger level. The reason for this is that Flutter has a code reusability capability, which saves both time and money. A single line of code may be used to create an app that operates properly on numerous platforms, including iOS, Android, Windows, Web, and Desktop. Not only does it reduce development costs, but it also cuts app maintenance costs.

Apps designed using Flutter can operate on every platform without requiring any modifications to the Dart code. Flutter apps are very responsive, making it a popular choice for enterprises ranging from mobile to web to desktop.

Other essential benefits of using Flutter

Why is it an ideal choice?

Flutter mobile app development businesses must devote the majority of their work to distributing their apps to the respective Android and iOS platforms. It is necessary to first distinguish between developing, signing apps, and provisioning profiles in order to construct a successful Flutter App.

Flutter for commercial apps is expanding beyond Android and iOS to include web, macOS, Windows, and Linux platforms. It allows for the deployment of a program across platforms with a single line of code while still performing properly.

Flutter is the future of mobile app development, and no one is exaggerating when they say so. Including a Flutter-based app in your business model may be a powerful approach for development. To gain the full advantages of this sophisticated cross-platform framework for your enterprise in 2022, you only need to choose Yudiz Solutions Pvt Ltd for Flutter app development in India. 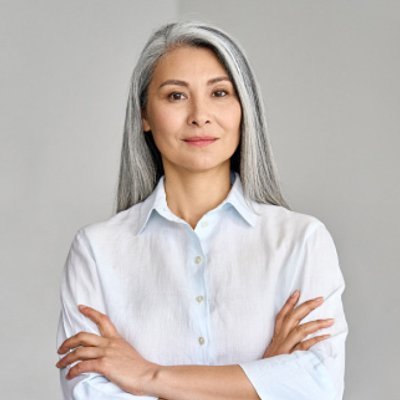