The Role of Blockchain in Cybersecurity

The Role of Blockchain in Cybersecurity

A revolution is on its way in the world of digital computing, and it's called blockchain. Well known for its use in the cryptocurrency Bitcoin, blockchain is being tested for use in a variety of solutions, from smart contracts to digital music. Because of its complex encryption and apparent impenetrability, the technology is of interest to the field of cybersecurity. After a brief overview, let's have a look at a few blockchain cybersecurity solutions under development with the help of cybersecurity services provider.

Blockchain is the solution to the problem of centralization in digital systems. In banking, for instance, all transactions are stored in the bank's databases. The bank is the sole authority for the validity of a transaction. Bitcoin changes all that by offering a system of validation that is distributed and open to everyone. Bitcoin uses blockchain technology to authenticate transactions in a way that defies malicious interference.

A blockchain system requires a peer-to-peer network to function. Blockchain shares the blocks among all the participants of the network. Transactions aren't merely a distinct record in a digital ledger. They are linked in a chain that is replicated on computers across the network. Each block of data contains the hash of the block next to it, creating an ever-growing history of transactions. Any tampering with a block will cause the data to be rejected by the blockchain community.

Cryptography is at the core of blockchain. There are two uses for encryption in the blockchain. First, it protects the privacy of users. Others may see the transaction and its amounts, but they won't know who is involved in it. Second, encrypted blocks are protected from tampering in the future.

But blockchain can do more than just digital currency. One arena that would benefit from the utmost security is private messaging. Whether in personal conversations or high-stakes discussions, people who are communicating through messaging apps have an expectation of privacy. But without encryption, any private message data stream is vulnerable to attack.

Blockchain offers private messaging with the encrypted security needed to keep confidential conversations out of the newspapers. It handles the public key infrastructure (PKI) better than encrypted apps, several blockchain private messaging apps are now under development and will be publicly released soon.

The internet will continue to grow exponentially in the next few years, largely due to the implementation of a plethora of Internet of Things (IoT) devices. IoT will be everywhere, from the toaster in your kitchen to the robotics on the automaker's floor. Keeping all those devices secure is a huge challenge.

Blockchain technology, with its decentralized architecture and distributed ledger, will provide both control and security for remote IoT devices. Smart contracts, which can provide validation for transactions in a blockchain environment, may be used to manage IoT activities and keep devices secure from hackers.

Blockchain can also help you decentralize your domain name service (DNS). As you know, DNS associates an IP address with a domain name. These correlations have always been maintained in a central DNS server. Many users also employ a backup DNS server just in case. A DNS server can be a single point of failure in a network, leaving users without the internet if their DNS server is disabled through denial of service. Blockchain DNS could put an end to DDoS attacks and provide DNS security in a peer-to-peer blockchain environment.

The U.S. Department of Defense is working on a “blockchain cybersecurity shield”. This would be part of modern military cryptography to protect secret communications from enemy interception. It's part of a digital defense strategy to include quantum computing, artificial intelligence, and the cloud. Experiments are underway at the Defense Advanced Research Projects Agency (DARPA) -- the same agency that developed the forerunner of the modern internet.

Blockchain holds a lot of promise for cybersecurity. From the infrastructure point of view, it looks like an SSL certificate like what is offered on SSL2BUY, but it can go beyond securing digital transactions. The technology used in the blockchain is called BOCA (Blockchain Originated Certificate of Authenticity) and this technology allows to securely transfer digital data across websites.

Blockchain could find its way into a whole variety of industries. Blockchain might be used to secure individual healthcare records. A musician may use blockchain protection for the distribution of digital music. Government records could be managed more securely with blockchain. Just about any kind of digital transaction can be secured with blockchain technology.

There is still some trepidation about blockchain — perhaps because of its association with the Bitcoin cryptocurrency. Bitcoin has been used in the dark web to make an illicit purchase for drugs and arms. But Bitcoin is not blockchain. The technology that was invented in 2008 by someone calling himself Satoshi Nakamoto is more than a cryptocurrency protection scheme. And while Bitcoin may fluctuate in value — both as a currency and as an idea — it looks like blockchain has some solid potential for use in many different settings. The only thing that remains is for people to adopt it. And that may be a few years down the road yet. 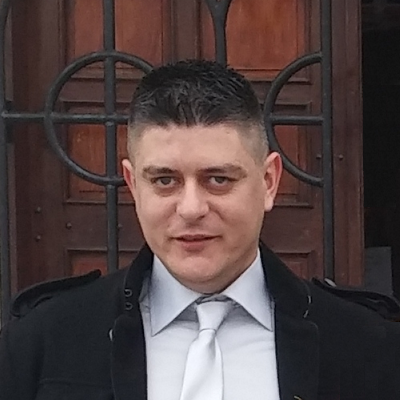 Dan Radak
Contributor
Dan Radak is a web hosting security professional with ten years of experience. He is currently working with a number of companies in the field of online security, closely collaborating with a couple of e-commerce companies.
Advertisement