A Short Guide to Choosing The Most Secure Messaging App!

A Short Guide to Choosing The Most Secure Messaging App!

It was just a day or two ago that Facebook CEO Mark Zuckerberg declared that his team has added another layer of privacy and  security to WhatsApp thereby making it a  highly scalable end-to-end encrypted messaging service platform. With such news coming your way and your retrospective knowledge of the fact that your privacy is often breached, you would like to settle for a highly secure messaging app wherein the information shared is read by none except the intended recipient.

So, let’s move on to get a better grasp of secure messaging apps.

Things to Consider When Selecting a Secure App Messaging Service

When choosing between different messaging services, one must emphasize three essential features such as end-to-end encryption, multi-mode communication, and synchronization across different devices or platforms. If there’s more to this by way of additional features then that would certainly be an app to look out for, in the current age of internet surveillance and advanced technologies.

Explained: What Secure Messaging Really Is?

If your message can neither be opened by your service provider on their server nor be opened by any government agency or third party, rest assured, your message is completely secure and encrypted end-to-end. Secondly, if you can send the message via multiple modes such as text, audio, and video and then deletable by the user, it’s a secure messaging service. Finally, your messaging is secure if it can be synced across different platforms such as the web, mobile, or desktop and at the same time be deleted from one platform while stored on another.

It is a method by which a message gets encrypted from the time it gets typed by the sender in any secure app to the time it gets delivered -- a perfectly safe and secure method. Such a message only gets decrypted through a locally stored code and no authority or entity other than the reader of the message can view it.

A platform is considered to offer variable-mode communication if a user can send messages in more than just text format, that is, in audio and video formats as well. A messaging app with such an option also allows the user to delete a message that comes his/her way.

A messaging app that allows for messages to be sent across many different platforms such as the web, mobile, or desktop and where the user can also store the message on one platform while delete on the other is considered as a completely private, safe, and secure platform.

There are several options available when it comes to choosing any secure messaging app. But, how do you choose one that is dedicated to ensuring complete data privacy and confidentiality? By all means, a messaging app is secure and confidential if it provides for end-to-end encryption, variable-mode communication (text, audio, and video), and synchronization across multiple platforms/devices. Needless to say, the latest privacy labels in such encrypted messaging apps also tell you how much data is being used by those apps at any particular point in time.

If privacy is your utmost priority, then, you should read about the following ten most reliable secure messaging apps and make a choice that appeals to you the most.

Signal has come to be acknowledged as one of the most secure messaging apps by iOS or Android users. Besides, the Signal app can also be used by iPadOS, Windows, macOS, and Linux users. It’s an open-source code that allows the developers to detect security flaws if any. Also, it’s quite easy to use and comes for free. Its cross-platform encrypted messaging service allows users to text, make voice calls, share media files, and archive records of chat history. Having been acquired by Twitter, Signal has undergone a tremendous change in its privacy protection and therefore is risk-free.

Since its development is funded by a non-profit organization, it’s free.

As of now, this 6-year-old app has about 20 million users.

Except for Android, iMessage is available for installation on iPhone, iPads, and macOS devices. iMessage is well-known for offering end-to-end encryption for all kinds of text messaging in the app. One of the best features it offers to the recipient is the ability to control the number of times a message can be retained and viewed. Besides the top of the line security, it comes loaded with AR-powered Animoji and Memoji stickers. The user can also add YouTube videos along with Spotify links. The only demerit with iMessage is the issue of security when storing iMessages in the cloud.

Telegram is an encrypted messaging app that keeps your voice calls and group chats completely secure, especially given the fact that users have an option to turn ON secret chats from the app’s advanced settings and when any secret chat can be easily deleted. There is also an option for self-destruction of any video, file or photo within a certain timeframe. It enables connectivity throughout the globe with its network of data centers and disallows any access to the third party along with syncing of your messages across many different devices/platforms. You are also given an option to automate any task by setting up a chatbot. Above all, it’s quite a user-friendly cloud-based mobile and desktop messaging app that comes with no subscription fee.

Ads-free with no price tag

An alternative to secure messaging apps is Wire that offers end-to-end encryption and works excellent even when it works in the background. It makes use of a new encryption key every time you do message and therefore less loads on a single encryption key. The users can easily inspect, verify, and improve the app through GitHub because it’s an open-source code. It complies with strict privacy law in adherence to the EU and is a preferred choice by the users.

Free for personal use and paid for large organizations

In the range of hundreds-thousands

Though a paid private chat messaging app, Threema works on the basic principle of metadata restrain. Since the messages are managed by local servers and deleted once the message has been delivered to the intended recipient, there is complete privacy.  It’s one of the most trusted open-source apps and so users can verify the encryption on an independent basis. It comes with all the necessary features.

WhatsApp having been acquired by Facebook in February 2014, were has undergone tremendous changes in its privacy policy with the most recent done just a few days ago. WhatsApp policy clearly states that it would share personal information with business users to help them operate and that end-to-end encryption won’t be applied to a particular chat. And, yet, you can be secure as your messages aren’t stored on its servers to be able to be read by anyone except the intended recipient. You have the option to backup your messages to the cloud on iOS or Android.

Without using any IP address or metadata, Wickr Me makes it easy for its users to indulge in either one-to-one or group chatting with full encryption. Besides voice and memos, you can share location, screen, and online status and also have the transparency reports of all your messaging. It is based on the method of cryptography or better still, Perfect Forward Secrecy to encrypt or decrypt any information where only a portion of the user’s sensitive data is exposed, in case the latest key is compromised.

Similar to Skype, Viber is a cross-platform encrypted messaging app available on Mac, PC, Android, and iOS. Initially, this app was available for only one-to-one communication but now for group communication as well. It works on the principle of color-coding encryption status such that if your chat icon is green that means it’s encrypted and your sender or recipient is a trusted one. If the color code is grey, that means your chat is encrypted but the contact you are interacting with is not a trusted one, and if red then that means your contact might not be authentic.

Silence is an open-source app that, was formerly called “SMS Secure”. It works like an ordinary SMS/MMS application where it’s possible to communicate without an internet connection on your phone and even with a non-Silence user. To ensure stricter privacy, it is regularly audited by experts. No login credentials are required to sign up.

Available for more than one platform and device, Line falls perfectly in the line of secure messaging apps.  It would be interesting for you to know that this messaging app was developed out of an extreme need by a team of Japanese engineers such that when Japan was hit by an earthquake in 2011 and the telecommunication sector was destroyed, it sought to go after an internet-based app. It uses the feature of “Letter Sealing” to enhance its end-to-end encryption.

Now that you have gone through all the above 10 choices, you would ask which is the best one. Read on to know more...

Though all the apps are good, careful consideration of their features, policies, and origin assures you that Signal is the most secure and reliable messaging app. One of the other reasons for that is - it is funded by donations and grants and not by the corporate houses. Additionally, it is 100% open-source and brought into existence by Open Whisper Systems - a community of internal and external experts and cryptographers dedicated to users’ privacy and security. What can be more awakening than to know that most of the well-known messaging apps such as Wire, WhatsApp, Facebook, and Skype make use of its messaging protocol for security?

Still Confused? Why Not Build Your Messaging App In-house?

If you aren’t satisfied with everything that was mentioned until now, you must give a chance to MirrorFly Chat API. Who knows, this could be your ultimate destination for all your business communication needs and business success. MirrorFly has served thousands of organizations until now and when it comes to having a secure messaging app, it offers you the best of features, a higher level of scalability, and app development within a very short period of time.

Now that we spend most of our time online both at a personal level and professional, our most private information must remain completely protected from unwarranted data breaches and hacking all the while. This, especially after knowing that identity and data theft have been so common of late. Earlier, the messaging apps lacked comprehensive privacy but now we have plenty in the market. Henceforth, it should not be difficult to choose out of so many secure messaging apps available in the market. 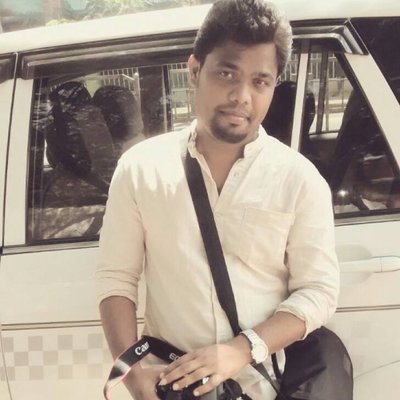