Mobile phones and tablets have become such an integral part of our lives that we might as well start looking at them as an extension of ourselves. Just for illustration, recent research indicates that these days the number of mobile phone owners sits at around 5.13 billion people which is roughly 66.5% of the total world population.

All these people usually first check their phones as early as 7:31 AM, check their favorite social media app before they get out of bed, look at their phones more than 1,500 times a week and use the devices for three hours and sixteen minutes a day. Approximately 40% of users admit they feel lost without their daily driver.

Honestly, it's really hard to find any other piece of tech that managed to leave such a strong imprint on human society in general. But how this came to be, and what future holds for smartphones?

Let us try to find out.

The origin of smartphone

Even though this may sound silly at this point, but only a couple of decades ago the idea of being able to make calls anyplace, anytime was still considered very novel. So, even though the first devices packed a price tag of a couple of thousands of bucks, the arrival of the first commercially available mobile phone Motorola DynaTAC 8000X back in 1983 ushered a new era in communication. As time went on, phones became smaller, cheaper, and widely accessible in any corner of the world.

However, the ability to make calls, as useful as it is, can't possibly produce the level of the social relevance of the mobile phone these days.

So, we should really point the origin of this trend back to 1992 when IBM released what is now seen as the first smartphone called Simon which offered Calendar, Address Book, Electronic notepad, and similar 'smart features.' From that point on, Nokia and its native Symbian OS did a lot of heavy lifting to expand the list of such features and bring them closer to the wider masses and pushing the smartphone idea into the mainstream.

The era of connected devices

That brings us to the 2000s when smartphones weren't such a staple as today, but they were hardly a novelty. So, how did we come to the point where you can easily buy Apple iPhones at digiDirect or some other online store? Well, using smartphones in the sandbox environment is fun and useful, but not nearly as much as when these devices are connected to the web.

Therefore, we can easily mark 2001 –the year when 3G technology was brought into existence as the third and arguably the most important milestone in this journey. Just for a reminder, 3G was the first type of network that allowed seamless (at least according to those standards) internet experience and decent multimedia consumption. Once this infrastructure was laid down, the ball really started rolling.

In 2008 Apple released its first iPhone and completely revolutionized and streamlined the smartphone experience. Google's own Android OS went to great lengths to make that experience more customizable and affordable to an average user. In the meantime, in 2005, the world saw the launch of YouTube, the first globally accessible and globally relevant streaming service which forever changed how we consume entertainment and use phones in one swift stroke.

The rest is history.

The current state of affairs

In the years since the phone screens become bigger, their processing power increased and the list of features expanded at an exponential rate. So, productivity definitely had a huge part in the smartphones' road to the status they have today. But it really looks like the entertainment options, games, apps, and streaming capabilities were the factor that really made these devices so indispensable. This status was cemented with the arrival of popular and incredibly addictive social media platforms like Facebook, Instagram, and, as of late, TikTok.

What status, then, do smartphones have in today's society? The best way to describe them would be as internet devices. These days, the average person only makes 1 to 5 calls per day. SMS as a form of communication is gradually dying out giving a way to web-based communicators like WhatsApp and Viber. The majority of the time we spend on the phone is using the internet. As a result, these devices are now form-fitted to make this communication as streamlined and fun as possible.

A peek into the future

So, what future holds for these devices? At the moment, we see that connectivity and screencast options gradually helping smartphones outgrow their physical limitations and become genuine home productivity and entertainment hubs making PCs, laptops, and similar devices obsolete. By 2030, we can expect to see even these limits surpassed. By that point, it is widely expected that mobile devices will become capable of displaying holographic 3D images above the screen.

The rise of smart glasses will also put a much heavier focus on Augmented Reality and once again render the smartphone screen size a secondary issue. And who knows, at some these devices may lose their physical form altogether being reduced to simple transplants that will stream their content across secondary devices. These implants may even be used to physically store a portion of our own memory.

At which point then we will still be able to call these evolved units smartphones? Well, they will always be capable of making calls so there's that. 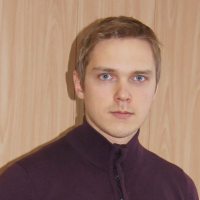 The Do's and Don'ts of Email Marketing for Cosmetic Surgeons

6 Interesting Business Ideas To Invest In 2022

Does Every Business Need Managed IT Services?

Namecheap.com Ad
Get it Now

The Future of Recruitment is now: Technology Trends and M...

How to Increase Your Marketing Outreach