Why Philippines will be the Crypto hub in Asia?

Why Philippines will be the Crypto hub in Asia?

Cryptocurrencies are digital currencies created to serve as a means of transferring value between multiple parties. Cryptocurrencies run on a decentralized and distributed ledger, blockchain which provides a transparent, immutable record of past transactions, thereby making the history of a digital asset transparent. Blockchain uses key-pair cryptography to ensure transactions are carried out in a seamless and safe manner.

Bitcoin which is the first peer-to-peer, digital currency to be successfully run on the Blockchain as blockchain was initially created to be its transaction ledger but ever since then, new cryptocurrencies (altcoins) have been launched almost every day and presently, there are well over 5000 cryptocurrencies.

You must have at least once heard of Zug in Switzerland, its importance cannot be overemphasized in the whole of Europe. If you've not heard of Zug, also called "the crypto valley", the city has one of the leading blockchain ecosystems in the world, greatly helping crypto/Blockchain startups. The city has put all in place for the comfort of Blockchain companies including several crypto-friendly policies.

And with this embrace of blockchain technology, Switzerland, and in extension, the whole of Europe is thriving in the crypto/Blockchain space as most services are now rendered for a cryptocurrency (cryptocurrencies are now being accepted as made of payments).

Just like the Crypto Valley, Zug in Europe, it is greatly believed that the Philippines can stand out in terms of crypto as the crypto valley in the whole of Asia. The Philippines is a developing country in the Southeast Asian region which is formerly viewed as being behind other countries in the aspect of technological advancements but in the past decade has overturned that claim to become one of the forefronts in the progressive adoption of digital infrastructure.

The "Crypto Valley" of Asia (CVA)

The Asian crypto valley situated in the Philippines was founded by the government-owned agency, Cagayan Economic Zone Authority (CEZA). The Philippines is one of the southeast Asian countries that presently has its government supporting crypto development thereby making crypto legal to trade. Many of the citizens have become enlightened about cryptocurrency.

According to recent research, the current condition of crypto in the Philippines is more attractive and brilliant than it has ever been with everything working in its favour—government policies, economic factors, citizen acceptance among others. With this, the International Monetary Fund (IMF) has made it known that with time, the Philippines will be one of the best countries that offer a haven-environment for building crypto/Blockchain projects.

The number of approved and licensed cryptocurrency exchanges has been on the increase since the embrace of crypto by the Philippines. Many of these exchanges were founded by financial top-tech guys internationally and there has been a noticeable increase in the volume of crypto transactions over the years. The virtual currency 2018 transactions volume of $390.37 million in the Philippines was double compared to $189.18 million volume in 2017.

The Philippines CEZA has also made its plan known to construct an airport inside the CVA. This is more feasible in terms of cost and time frame at the moment than constructing an 80-km expressway connecting the valley with the nearest airport. With the airport, involved companies and investors will be able to get to the crypto valley as swiftly as possible. This will further help to attract more foreign investors, the CVA is really a haven for foreign investors.

The Philippines government is trying everything within its capacity to meet investors' demands to make the crypto valley become a run-to for all Blockchain related projects. It was announced recently that the government invested $100 million to the CVA. The crypto valley is open to investors from Asia and foreign investors outside Asia as conditions are attractive for venturing into the CVA. Therefore, there would be more jobs for the Filipinos.

With all these in place, truly, the Philippines would be a kind of a crypto hub in Asia which would be of more-influence than Zug is in Europe.

All content on Kenkarlo.com is provided solely for informational purposes only, and is not an offer to buy or sell or a solicitation product, service or any kind of investment.
We encourage you, our readers to study caution prior to, considering any involvement with the said cryptocurrency, company, organizations that involves investment mentioned in this article.
Updated 12:56 PM UTC+8, 10 Dec 2020
Advertisement
#Philippines
#Bitcoin
#Blockchain
#CEZA
#Crypto Valley 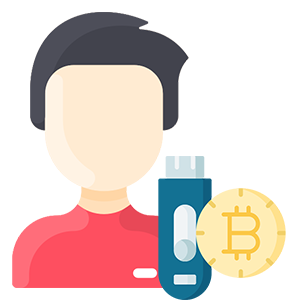