The Virtual Reality (VR) within the gaming industry is certainly beginning to make its mark; becoming increasingly popular for all ages and genders there are over 171 million VR users worldwide. With the popularity increasing, so is the technology being produced to give the users the best VR experience possible.

What is Virtual Reality?

VR or virtual reality is the newest way in which people can game. Different from normal computer gaming; VR has been created to give a fully immersive, life-like experience inside a digital 3D environment; instead of being watched on a screen.

It allows the gamer to feel fully submerged into gameplay. With the atmosphere of them being situated right in the center of the game; fighting criminals or being front line combat.

Although VR is a force to be reckoned with; in the gaming industry, the technology does come with a handful of issues.

Like everything, we should use VR in moderation. Below are some of the psychological, physical and mental issues that can be caused when humans use VR.

It is suggested that those who engage with virtual reality gaming to quite a high intensity have issues conforming in social situations. A person can quickly delve into the fake world of virtual reality, causing them to learn unrealistic norms and situations, rather than experiencing real-life actions and consequences.

This can quickly cause a person to be unable to adapt in social situations as simple as having a conversation with a stranger, as they are only used to the augmented reality that is VR and simply know how to react in this parallel world.

In the long run, these issues can be significantly impactful on a person’s life. It can interrupt successful schooling, getting a job and even building a loving relationship with a partner; all things that are normality to most people.

The Impact On Child Behaviour

Inside VR, the gamer will take on actions such as shooting or fighting, more often than not these are acts of violence. This can cause the gamer to become desensitised to violence outside of VR, and not see them as an issue, as they can do them inside the VR with no consequences. This is a bigger issue, especially with the younger generation. They are still learning and it is very simple for children to mimic the actions they see. The social theory in psychological studies states that children learn behaviors through imitation and observation. The relationship between violent video games and children’s behavior is wildly questioned.

As well as this, due to VR having the power to create a truly realistic environment for the users; it can cause them to turn their backs on the real world. A study found that children experience VR as more ‘real’ than adults, this can mean that children are more likely to be influenced by VR, both positively and negatively.

Inside VR there aren't any real human issues. This can seem more satisfactory to someone; not having to deal with real-life issues.

The synthetic world of VR can quickly become more appealing to real life. And, with the devices becoming more advanced as time goes on; it is uncertain how lifelike its visuals will become. Soon, making VR the preferred way to live for some.

Just like being on a boat; cybersickness is a form of motion illness caused by being subject to a high level of VR exposure. The sickness can range from a small headache to issues of a more serious level; just from gaming.

There isn't a full list of the variables that cause cybersickness. However, it is suggested that the viewing point of the gamer; alongside the lag and movement speed, are all main culprits of the sickness being felt.

Damage Of The Eyes

It isn't an unknown fact that excessive use of any device; whether it is a tablet or Xbox can cause some eye strain and damage. However; due to virtual reality being created from wearing a screened headset, the eyes are exposed to a huge amount of glare. As well as possible flashes that cause an uncomfortable amount of strain.

Unfortunately, the effect on the eyes won't seem obvious at first; which is the cause of most long term issues. While the player feels fine, they will continue to use the device. With prolonged, regular use, the eyes will slowly build up with more and more damage, getting to a point where the effects can be irreversible.

Not only can the strain cause issues with simple sight and focus of the eyes, but it can also cause deficiencies with eye growth, leading to myopia or nearsightedness. Both serious problems that can change the person’s eye shape and retina function for the rest of their lives.

Being possibly less of a side effect and more of a hazard; is the physical injuries you could obtain from taking part in VR.

Due to it being a blinding headset; and the gamer has to move physically in order to move in the game; the chances of running into furniture or knocking off a glass ornament is very high. This leads to the possibilities of many injuries happening.

Some VR goggles do warn the player when they are approaching an object within the home. But; this is not one hundred per cent accurate when it comes to avoiding injuries and a gamer is completely blind-sighted by the VR headset leaving their complete trust in a machine. This is specifically important when it comes to games that are better played standing up.

VR can surprisingly create an ‘existential hangover’ when the gamer is taking a break from the device.

Just like that of a normal hangover, withdrawal from the VR can cause many issues. Such as feeling drowsy, lightheaded, sad and overall cause the person to be detached in a dream-like state. Shockingly, that can last for up to a few weeks in severe cases.

The use of VR can decrease a person's sense of presence in real life which will increase their dissociate experiences. These can be lesser or greater. It depends on how well the player's mindset was before they entered the world of virtual reality. One who suffers from mental health issues would be at a greater risk of VR affecting their well being to one who does not.

While virtual reality creates a gaming experience like no other, it comes with its downfalls. These can be hindered upon. And, sometimes be seen as a problem that VR just isn't worth taking the chances for.

The highly intelligent gaming device creates personal issues from sight problems, cybersickness and can impact massively on the social life of the gamer. So, it goes without saying, is the gaming device as great as everyone believes?

Played with the right amount of monitoring, many of these issues could actually be missed. But it is still hard to judge the severity or chances of them still happening when seeing someone play for a drastic amount of time. In the next year, 70% of VR users intend on increasing their usage. So, in order to stay on the good side of this gaming device, play it with caution. Time lengths spent on this device should be well billed, with spacing out being the best option to decrease chancing of any issues being created. 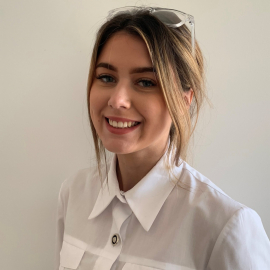 Sydney Tierney
Contributor
Sydney Tierney, just recently finished her studies, is working her way into the world of content writing as a digital marketing assistant.
Advertisement