Importance of Blockchain Technology In the Future of Software Development.

Importance of Blockchain Technology In the Future of Software Development.

What is Blockchain Technology?

Blockchain is a sequence of unalterable data which is recorded and managed by a group of computers between two or more parties efficiently. It is an unbreakable electronic ledger which is an extremely reliable technology used to record economic transactions and to transfer transparent data.

Blockchain Technology has a simple standard of a chain, having each block firmly secured. For instance, when an app is developed using this technology, the users have all the rights to sight and add a record to the database. However, they can’t simply change or delete any data from the records, improving the reliability of the entire process.

In Blockchain Technology the stored data is compared to a “block”, which is shared with several databases compared to a “chain,” within a network of computers without any single unit owning it all. These blocks are protected through an extremely specialized cryptographic key also known as a ‘digital ledger’. Here the data is stored within sealed security systems that remain indisputable for a very long time.

How Does Blockchain Technology Work?

Blockchain is still growing and has a huge possibility to be pioneering in the future. Let’s try and understand how exactly this technology works.

The three primary types of blockchains:

Private blockchains also called permissioned blockchains, are mostly used by enterprises who want to work in teams and share data, but also want to hold back sensitive business data from being visible on a public blockchain. They are centralized; giving important control over participants. They don’t always have a token involved with the chain.

What is a hybrid blockchain?

Why is blockchain technology being used by mobile app developers?

Blockchain technology is known for the steady functioning of every cryptocurrency. It can be considered as a database that can be used by mobile apps. Transactions can be tracked

All peer-to-peer transactions in mobile apps verify to be an acceptable fit with this technology, and It is not limited to just digital transactions. Blockchain supports keeping fixed and steadfast records of transactions based on the needs of the mobile app.

Blockchain applications are of low cost and they provide immediate solutions. Blockchain procedures have the potential of making digital transaction processes more accessible in business by using new methods and automating the long processes with the use of blockchain.

The robust encryption underlying this technology will make blockchain run a long way, even if cryptocurrencies lose the race. And by being used by many major financial institutions, real estate, healthcare, and other industries that need to track transactions securely will keep blockchain technology in vogue in the coming years.

Is Blockchain Technology the Future of App Development?

Almost all humans today use a smartphone, but not all users make in-app purchases, the required payment methods could be the reason behind this. For example, a user doesn’t have a credit card, or even if a user does have a credit card, they don’t feel secured to use the process as there is still a still fraught with security issues considering the possibility of fraud and other reasons could be the extra fees involved such as the gateway fees, card processing fees, bank transfer fees, and app store fees, etc.

Taking into consideration all of this, a developer gets just about 70% of the amount paid for the app. On the other hand, by considering a decentralized model, app coins will be used to pay the app store, with the developer gaining a satisfying 85%. In-app purchases will also be satisfying for the users who could use app coins as payment methods, excluding the need for any credit card processes. This new process will have a reward system in place to earn App coins, as developers and manufacturers can reward users for purchases and for continued usage.

Developers are happy to invest in the cost-per-installment advertising campaigns which allow them to the extent to the largest potential audience. Advertising schemes today include several middlemen who get a part of the earnings from sales, reducing the amount repaid to the developer. With blockchain, this cost-per-installment approach will be replaced by a cost-per-attention approach that excludes the middlemen. Users can be

rewarded with app coins for the time they spend on the app. They can use these coins to make in-app purchases efficiently.

The two major app stores that are Google Apps and Apple Apps stream users with apps today. They make their own decisions on which apps need to go for sale in their stores and which should not. This approval process is uninformed, private, and in many cases unfair to newer developers trying to sell their apps. With the blockchain model, approval of apps will be done through a clear developer reputation system, by referring to a decentralized public ledger, along with the user ranking system for specific developers.

As of date, there are many people in developing places who own a smartphone but do not have access to bank accounts or any kind of personal credit system. With a good Internet connection, users will be able to establish an online mobile wallet allowing them to store coins or tokens until needed, in even the most remote areas. Thus helping to play a part in eCommerce transactions, attaining loans, and transferring money without being charged bank service fees or other fees.

As companies increasingly start to use blockchain for their reward programs, users will find it easy to be able to earn tokens for loyalty to individual companies. We can expect earned tokens to be appropriate for other kinds of services than for what they were earned. For example, you can earn airline travel tokens for reaching a specific mileage total, and the reward could be a free purchase at a coffee shop.

Considering the above blockchain will definitely reform the mobile industry

Blockchain displays the history of its data even after updates being made, unlike other databases, where you get the updated data only

In Blockchain the data copies are available in every node and are updated everywhere making the information secured.

DApps apps are easy for transactions. It takes very little time to set up a blockchain wallet and cryptocurrency doesn’t charge users any fees on the things they buy.

A blockchain messaging and banking app can guarantee the security of user's messages and transactions. Hackers who could steal money during a transaction earlier through mobile apps won’t be able to do so with Bitcoin, users can securely carry out their transaction as data is decentralized and each member of the network has a copy of all chains.

Use of blockchain apps in different industries.

Warranteer – A retail company helps its customers access information on the products bought by them, and opting for after-sale service in case the product stopped working with the help of the Blockchain app.

IBM Blockchain –This app helps logistics companies and businesses to track the status and condition of the product at every stage of the supply process with long supply chains, from start till end. It provides transparent records and accurate tracking from location and condition. It is one of the best blockchain apps so far.

These apps are now trending as they provide fast international transactions, they also offer transparent storage, and assures that data can’t be altered. Blockchain technology is still developing by the day, and it can be applied in many areas in new and existing businesses likewise. Let’s witness how blockchain technology changes the future of Development. 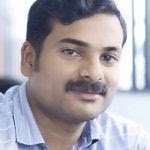